Just prior to the 120th anniversary of its founding, Projekt AUSTRO DAIMLER presents the spiritual heir to the most famous vehicle of the historic Austrian car brand "Austro Daimler", the legendary ADR, that became renowned as "Bergmeister" (mountain master) because of its numerous successes in mountain races and was later also marketed under this name.

The new Bergmeister builds on a long tradition of innovative vehicle construction. A sporty touring car designed as a classic Gran Turismo, with a new line as a combination of GT and Shooting Brake – we call this creation "Shooting Grand". During the development of the vehicle not only pure aesthetics were taken into consideration –  after all, what does beauty mean without finesse and what would muscles be without reason? 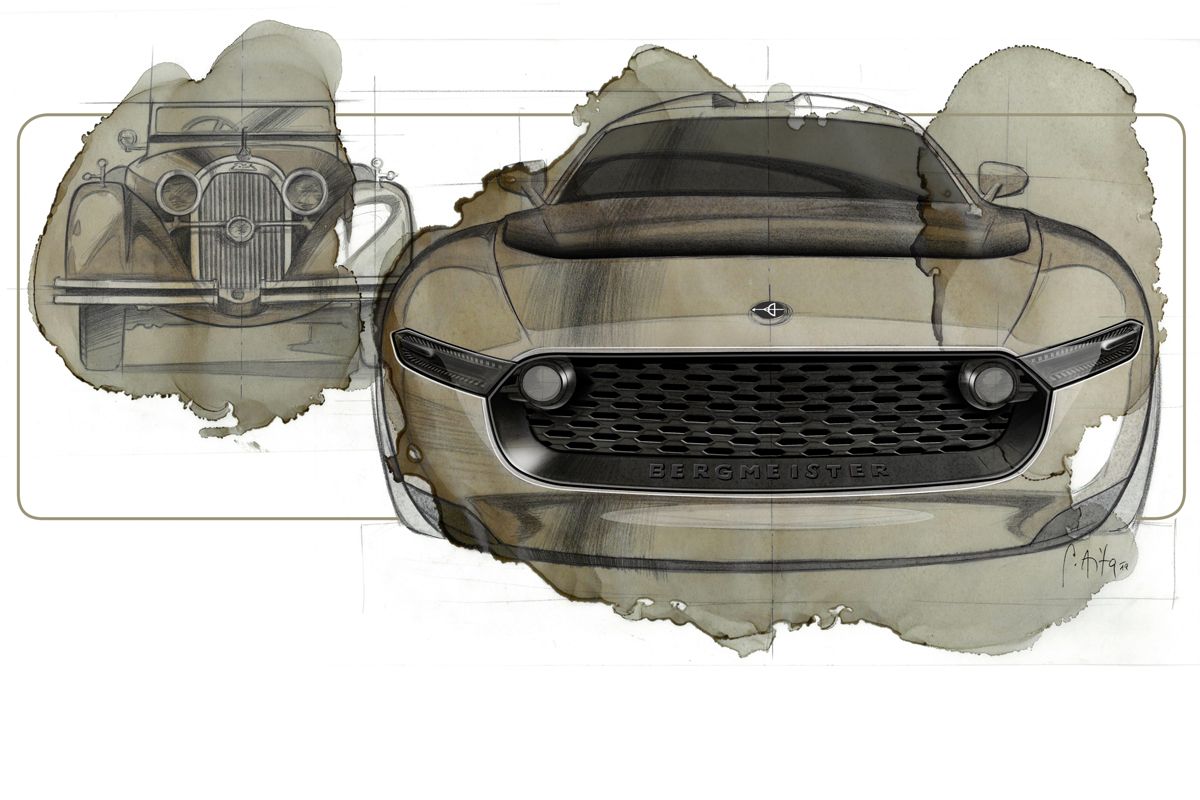 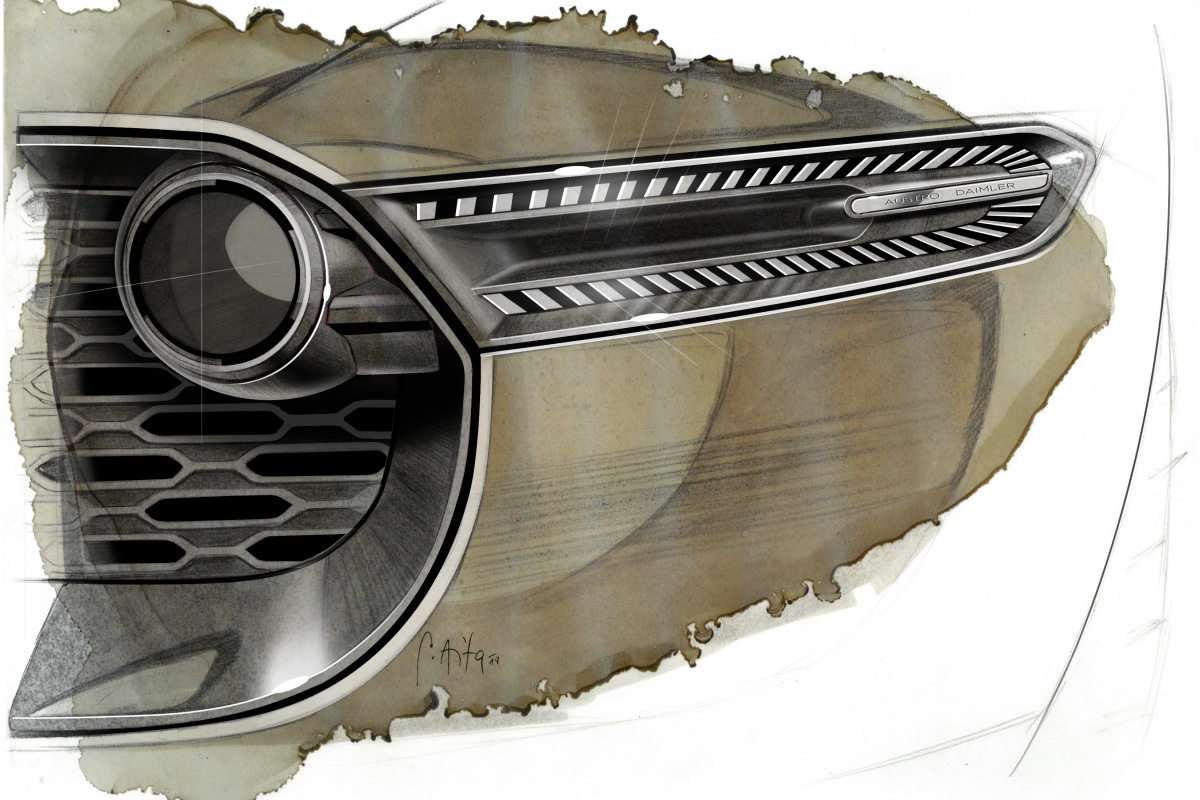 The issue we faced from the start of the project was clear: How do you design a vehicle for a brand that has a strong history but has not continued it? Our objective was to cite unmistakable stylistic elements from history – up to the cessation of vehicle production in 1934 – while avoiding any caricature exaggerations.

A successful example of a symbiosis of original and transformation in the present is the reinterpretation of the "Great Gatsby" by Baz Luhrmann, which retains the backdrop of the twenties, the scenery, but, by underpinning the film with a modern soundtrack, brings it into the present and thus closer to an audience in modern times.

In general, good design is often dubbed "timeless". This term is misleading. Design is always characterised by its date of origin, by the available technologies, the possible process techniques and of course by the Zeitgeist. A better definition would be that good design survives its time and is not a slave to any trends. Thus, good design creates icons that can be developed without losing their character. The silhouette of a vehicle is probably the strongest lever with which a designer can give the entire product an independent, iconic appearance.

In the design of our Bergmeister we benefited from the fact that historic Bergmeister coupés were characterised by a very memorable side line. The long bonnet and the roof line rising from the windscreen to the rear window are characteristic – and have disappeared from our street scene since the 1930s, a unique selling point. The sloping window graphics in contrast to the roof line and the upright rear window lend credence to the independent character. The large, voluminous surfaces above the wheels also give an idea of ​​the power that is transferred to the road. 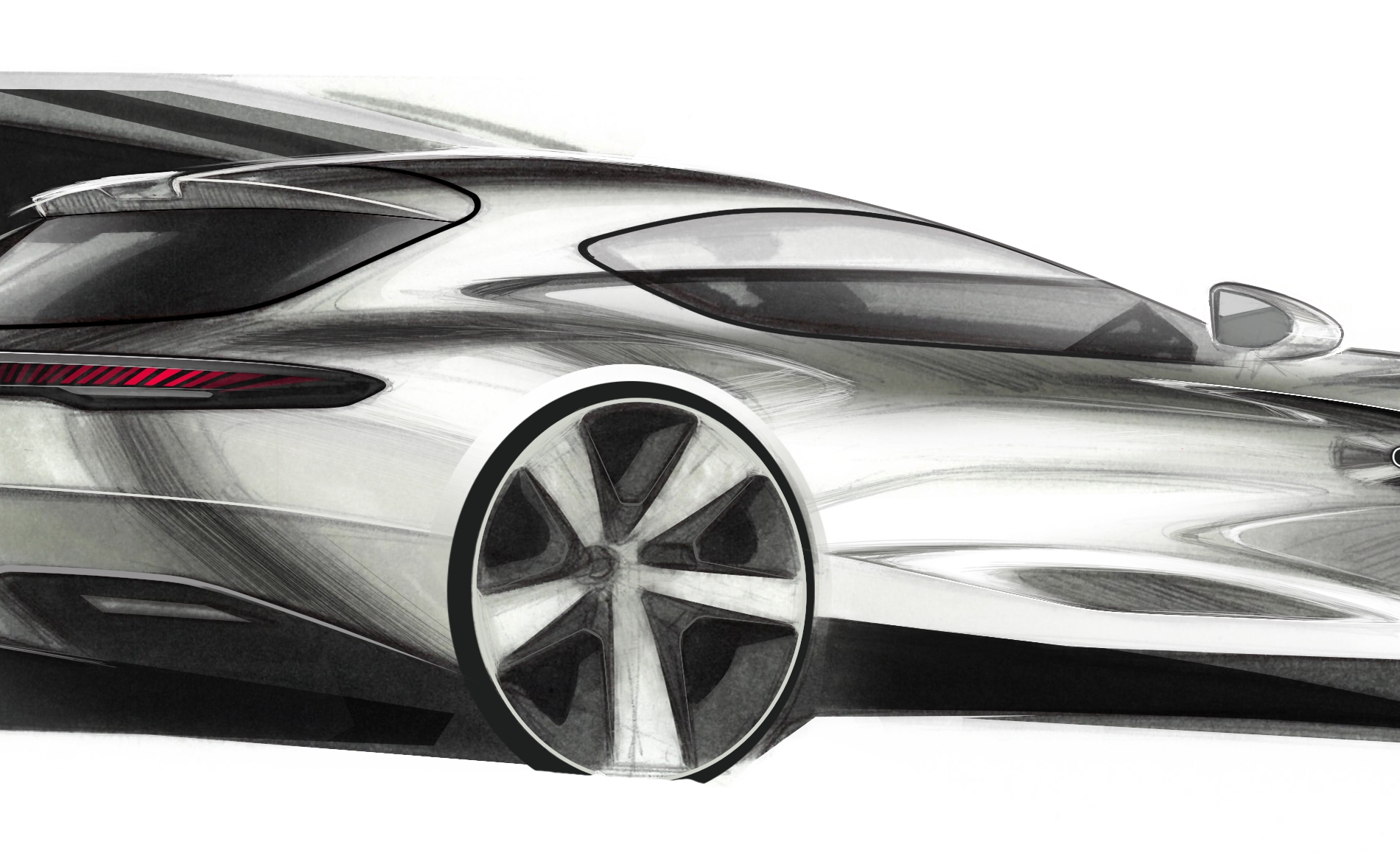 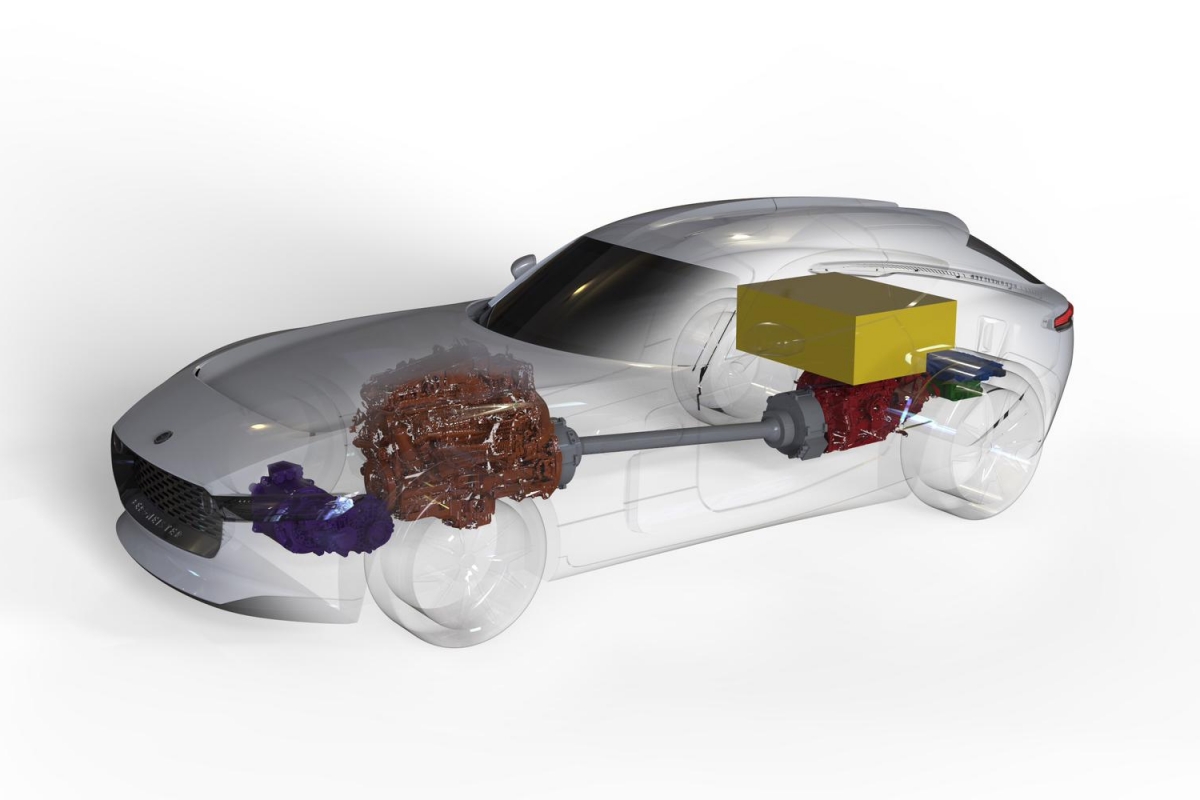 With intelligent lightweight design and sophisticated, ground-breaking technologies, it was possible to achieve a curb weight of 1650kg and stunning performance with unprecedented efficiency combined with balanced axle load distribution. To ensure sportiness and refinement, a heart of six cylinders beats under the aluminium space frame. The brain of the drive is the SERIPA hybrid powertrain, which was specially developed for the new Bergmeister.

This novel configuration of an internal combustion engine in combination with three high-performance electric motors accelerates the pulse – and from 0 to 100 km / h in 2.5 seconds. It does not, however, burden the conscience, with a purely electrical range of up to 250km and a total range (according to WLTP cycle) of up to 1,000km.

The variability of SERIPA suits the driving dynamics of the new Bergmeister, as over 30 different driving modes are available, from which the powertrain control electronics can select the ideal mode for the current driving situation, taking into account the driving conditions. Naturally, the driver has control of the drive control at all times and can also choose the appropriate driving mode on request.

The design of SERIPA in the new Bergmeister demonstrates the performance of the system in the interaction of extremely powerful engines – an adaptation of SERIPA for other drive systems, even in the heavy load range, is thereby possible.

Even the performance data of the SERIPA Performance Hybrid reflect the connection to the tradition of Austro Daimler and Austria itself. The sum of system power (1,198PS), torque (maximum 1,600Nm) and range (1,000km) yields the height of the Grossglockner (3,798m).

Based on the principle of a plug-in hybrid, the battery for the 600 kW electric drive of the new Bergmeister can be loaded with up to 150 kW charging power. At a length of 4,544mm, a width of 2,087mm and a wheelbase of 2,636.95mm, the new Bergmeister not only has an impressive appearance, but also outstanding road holding and driving characteristics. 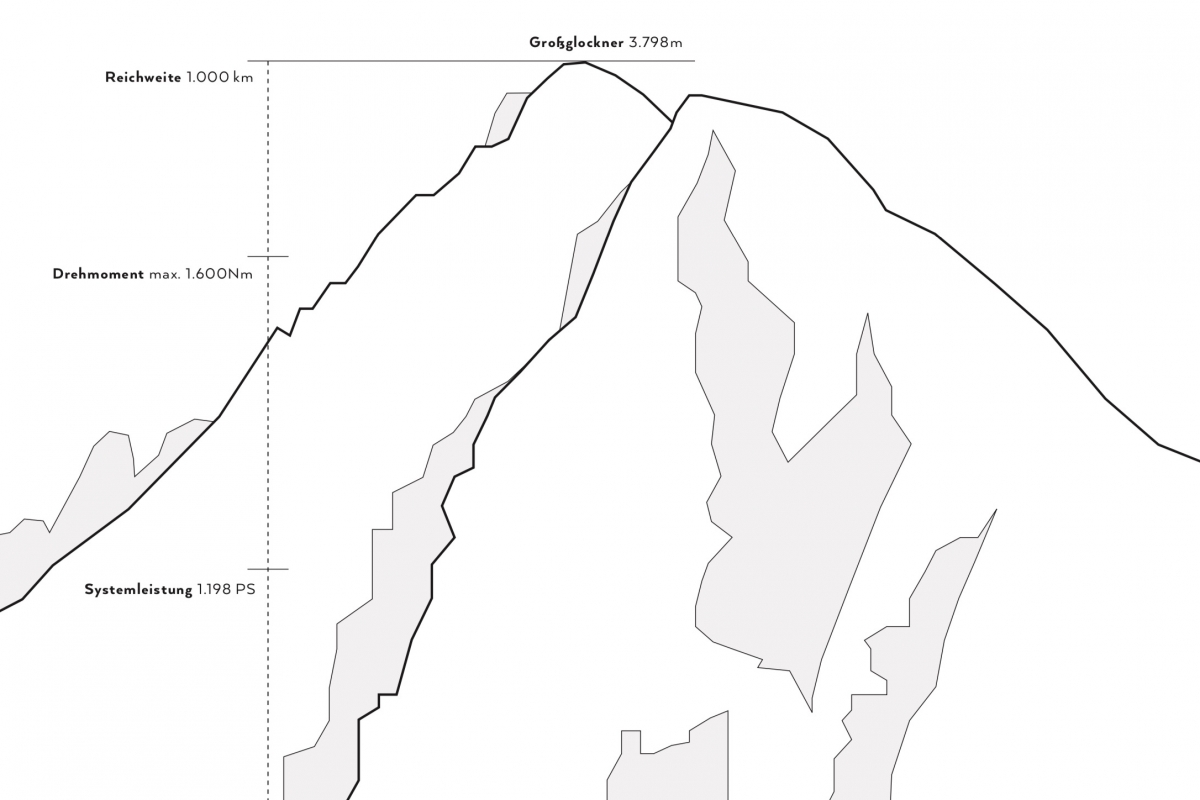 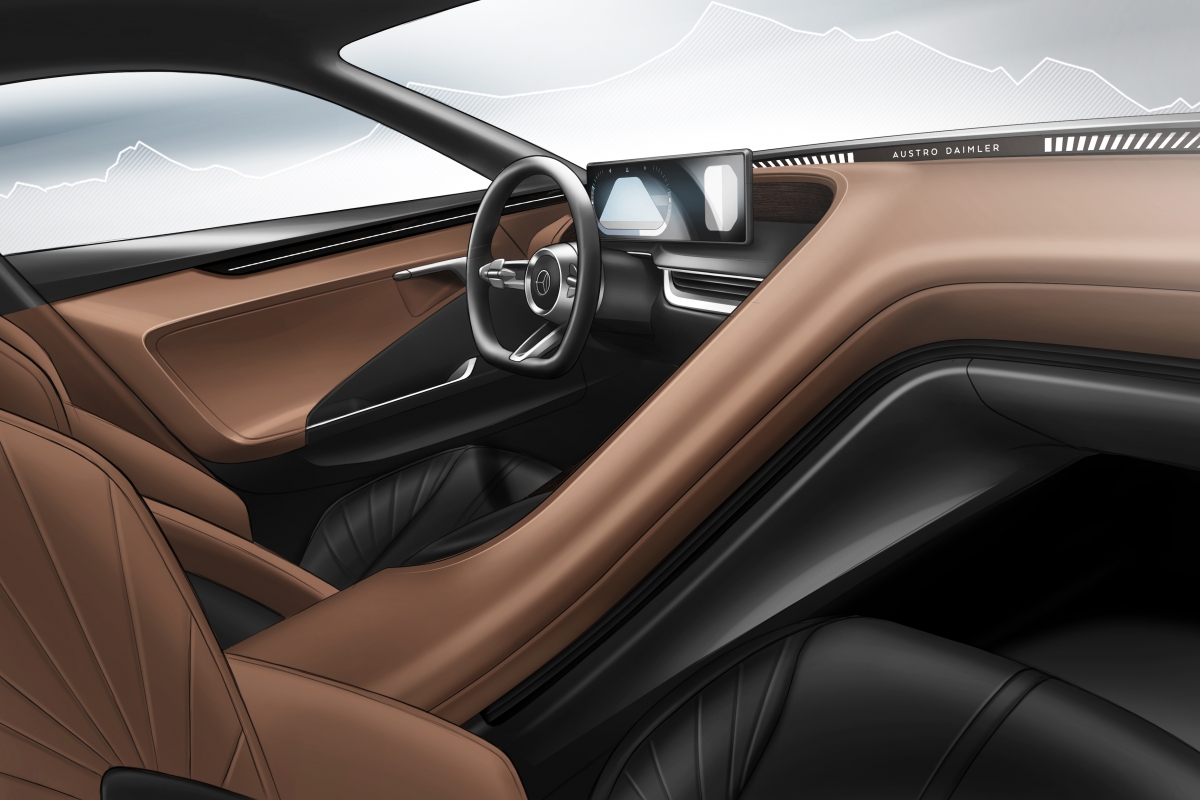 Project Manager Roland Stagl on the development of the Bergmeister ADR 630:

"When we were developing the vehicle our overriding concern was to capture the spirit of the original Bergmeister and to translate it for the future. The selection of high-quality materials and manual processing played an equally important role here, as did the development of a drive concept that not only impresses with its performance and refinement, but also works with unprecedented efficiency. From this point of view we can say that we are committed to the tradition of innovation".

Travelling in the new Bergmeister, means driving "life in real time". Therefore, the design of every detail in the interior of the new Bergmeister was focused only on one thing: The orientation to driver and front passenger.  In contrast to the current trend towards autonomous driving, our cockpit is about providing the driver with all the important information, without distracting them from the actual enjoyment of driving.

The interior design also reflects the same philosophy that brought the new Bergmeister ADR 630 Shooting Grand to life. Under the motto "as much as necessary, as little as possible", the vehicle offers high-tech, reduced to the essentials. Purists will appreciate that all materials have been chosen with the utmost care, processed in manufactory quality, and nowhere have substances been used that convey anything other than what they are – this is due to our commitment to authenticity, which is deeply rooted in our core values. 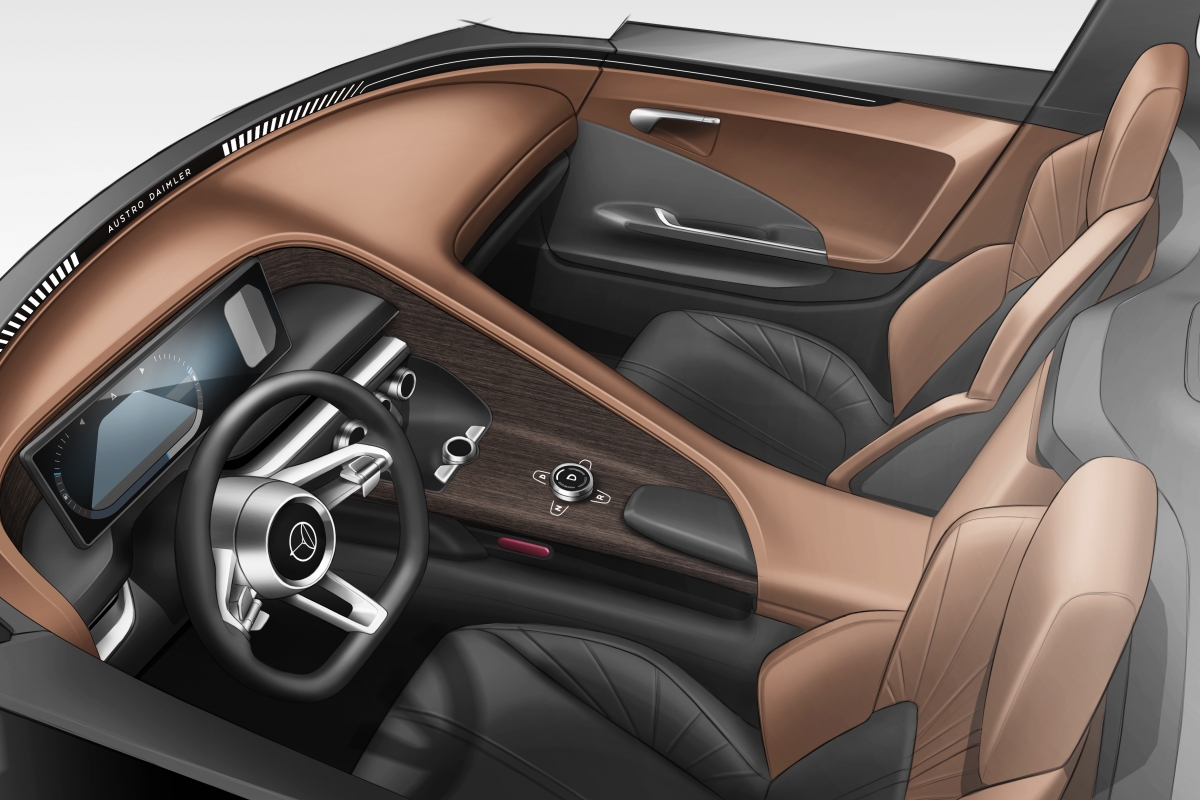